A QUICK SKETCH OF RICHARD HAINES

This season Orlebar Brown has collaborated on a capsule collection with Richard Haines, a fashion illustrator and gallery artist based in Brooklyn. As someone who live-sketches fashion shows and street style, Haines works quickly. So quickly, in fact, that his initial pen portraits are done in seconds. 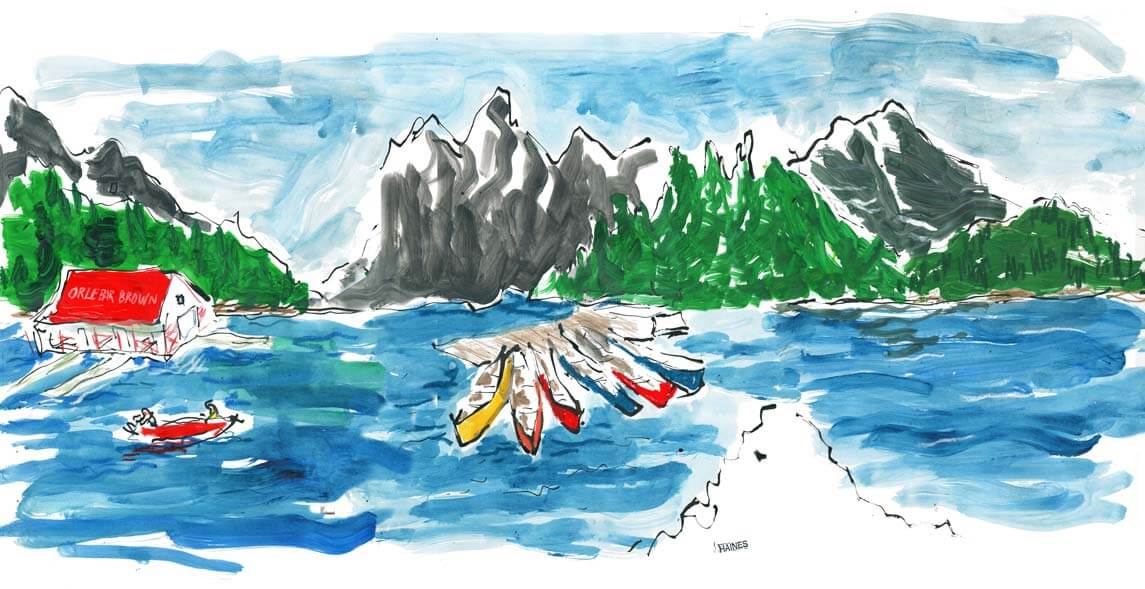 So allow us, in turn, to paint you a similarly quick picture of the artist himself. He’s a tall, gentle-mannered, white-stubbled man who invariably wears navy, thick horn-rimmed glasses, New Balance sneakers, sometimes a colourful beanie and always a big smile. He cycles everywhere and lives in an artist’s loft in Bushwick, an area of Brooklyn so achingly cool right now, it’s practically arthritic. (In 2014 Vogue anointed Bushwick the world’s seventh coolest neighbourhood.) His is the very definition of a studio apartment—in that it is one long room subdivided by bookcases and screens into both his living space and his work space; they are one and the same.

His desk is remarkable to behold—a precariously balanced ecosystem of brushes, oils, paints, pens, pencils—everything within arm’s reach. Organised chaos that looks as though it could all collapse at any second. It is surrounded by a mood board of visual inspiration: a layered collage of sketches stuck to the wall, Jenga stacks of art books, piles of flat files of his original artwork.

In one of these flat files is the work he produced for Orlebar Brown, a series of painterly impressions of the life aquatic on the Great Lakes. It’s a far cry from the urban grit of Bushwick: ‘It’s kind of ironic to sit in Bushwick and draw something that's so pristine and so beautiful as lakes and mountains,’ he says. Right on cue, a train clatters past the window. ‘The trains don't bother me,’ he says. ‘It's like background music. It's a very New York thing.’ In recent years, many of New York’s artists and creatives who have been priced out of the East Village and Williamsburg have relocated en masse to Bushwick. Haines moved here in 2008 as a penniless artist after a divorce and a change of career from working in fashion design. He then began his What I Saw Today blog—a daily diary of drawings. 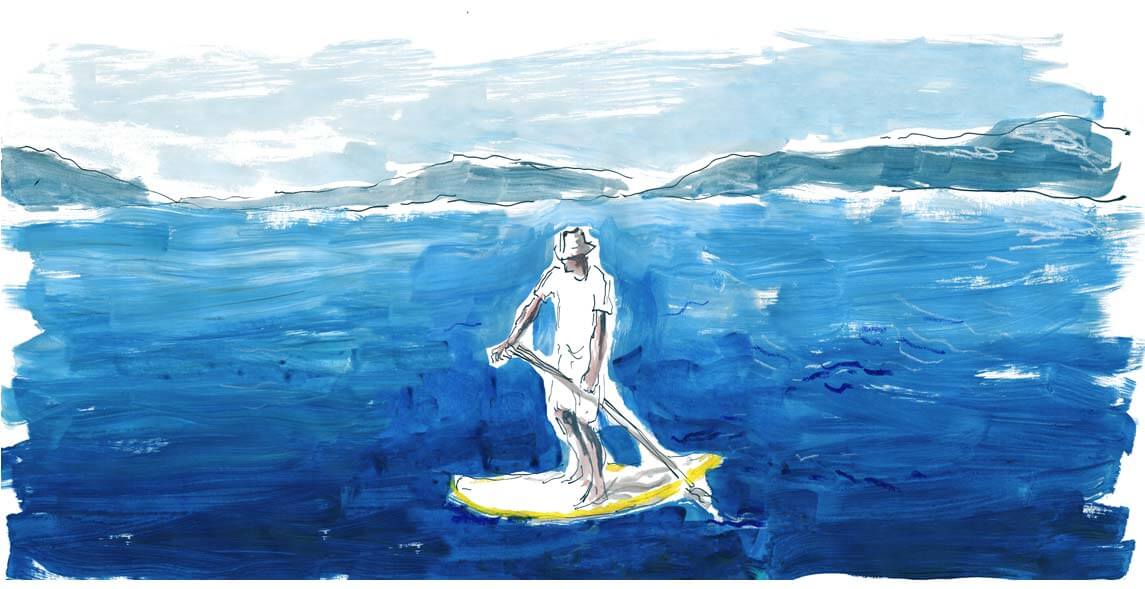 ‘I was an early Bushwick adopter,’ says Haines, sifting through the flat files until he holds one aloft triumphantly. ‘Oh, here's one. Let me find the other one… The first time I came out here, I was just kind of, “Where am I?” Then I realised that there was just so much happening here. I started this new life as an artist. Being here felt really good, like I found my tribe. I felt like I could really recreate my life here, and I did. I was really broke and I just started drawing.’ Haines has since found late fame as the fashion industry’s sketch artist of choice. In amongst all the street-style photographers and front row Instagrammers, he offers a refreshingly different perspective. His signature aesthetic is immediately recognisable—even when transposed onto swim shorts and T-shirts as it is here.

Having now located all the original artwork, we look at it together next to the finished Orlebar Brown products. The capsule centres on two main paintings—one of small sailing boats racing on azure blue water, the other of colourful canoes clustered on a crystal-clear mountain lake. There is an easy fluidity to Haines’ brushstrokes that fits the laidback mood of the images and it is one that replicates well on swim short canvas. ‘The sails are so beautiful and just those hints of orange and green and the grey, the transparent numbers… There's so much motion,’ says Haines. ‘The sailboats and canoes on the shorts appear to bob in the water as you stride.’